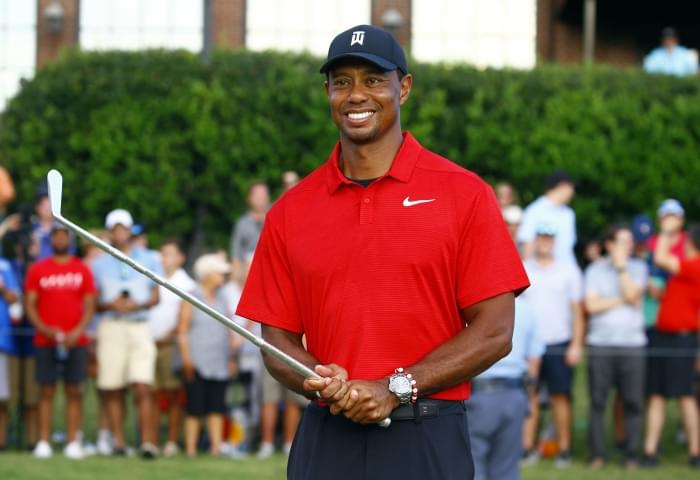 There’s the Super Bowl, of course.

The NCAA football and basketball national championship games belong on the list.

For me, the World Series ranks high.

If you needed to call me during those games, I wouldn’t be happy, but I’d answer the call.
“This had better be important,” I’d barked.

But don’t – DO NOT – call me Sunday afternoon during the final round of the Masters. My phone will be on “silent” anyway.

I’ll get a bowl of chips, some dip and a light lemonade and by myself soak in the beauty of Augusta National Golf Club’s back nine and what is usually great competition.

Masters Sunday is the Holy Grail of sports days for me. I don’t want to talk to anyone – or text or tweet or e-mail.

At least the NBA Playoffs offer some intrigue this season.

Unlike many, I don’t see the postseason as the Golden State Warriors and everybody else. The Warriors deserve to be the favorite, but I don’t buy their 24 losses as simple being a matter of going through the motions.

This isn’t a knock against them; it’s just that the rest of the league has gotten stronger, particularly in the East where I think there are three legitimate contenders. Don’t just write off the 76ers and Raptors and, yes, the Milwaukee Bucks with the Greek Freak could be the best overall team. The Celtics could jell.

Plus, the Warriors’ competition in the West is stronger than ever. Five teams won at least 50 games.
The Denver Nuggets have to be taken seriously. They may not excite you, but they can play. Houston and James Harden pushed the Warriors last season and Oklahoma City has two of the top 10 layers in the league (Russell Westbrook and Paul George). Utah is no pushover.

The postseason will be worth watching, and not just until the June finals.