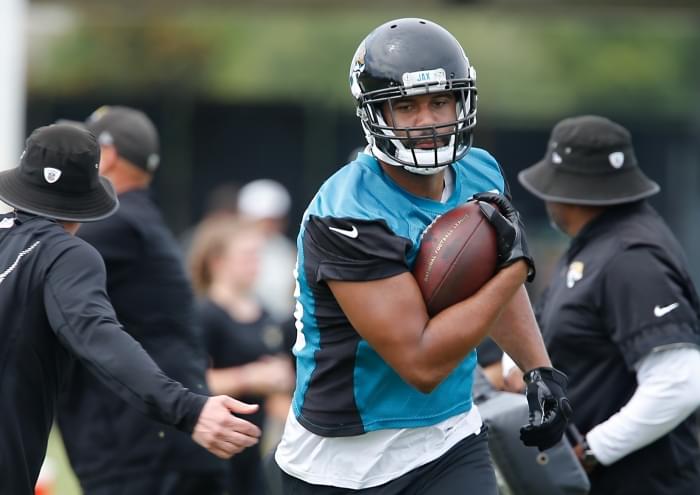 Calais Campbell will be back to help lead the Jaguars defense. Jaguars personnel chief Tom Coughlin and general manager Dave Caldwell announced that decision on Monday.

However, there are still several roster decisions that the Jaguars will have to make public in the coming weeks before the start of the new league year on March 13.

The Jaguars remain $2.4 million over the projected salary cap, according to spotrac.com.

Here are the decisions forthcoming that will affect the team’s cap space.

Let’s start with what should be two easy decisions.

Why keep him: No reason.

Savings: It’s complicated. It’s a $9.5 million savings if the team designates him a post-June 1 cut, which it should. It’s only a $4.5 million savings if they don’t. Yes, the post-June 1 cut passes $5 million in dead money onto the 2020 cap but the cap space it saves is more valuable now. Bortles also has offset language in his contract which will provide some financial relief to the Jaguars if he signs with another team. Let’s assume the Jaguars save $9.5 million in cutting Bortles.

Why keep him: Offensive injuries would have doomed most quarterbacks last season.

With Jackson and Bortles, the Jaguars can save an estimated $20.5 million.

That would be enough to be somewhat active in free agency, but not enough to win the expected Nick Foles sweepstakes.

Why keep him: Coughlin and Caldwell traded a fifth-round pick for him midseason and might not be ready to cut their losses despite his unimpressive play and attitude.

Why keep him: He’s serviceable and reasonably priced. He’ll probably need to be cut for the Jaguars to have real flexibility to make big moves.

If the Jaguars cut Hyde and Parnell, along with Jackson and Bortles, they would be roughly $31 million under the projected salary cap. That would allow them the ability to sign Foles and have some room left over to spend in free agency.

The elite defense has largely been untouched, only losing Jackson. Now, it gets interesting. If Coughlin seeks ample cap space to maneuver, the Jaguars could make two more cuts.

Why keep him: Jaguars coach Doug Marrone believes Gipson plays at a Pro-Bowl level. The Jaguars have already cut Church, so the safety spot would be completely revamped if Gipson is cut.

Why keep him: Dareus was one of the few bright spots in last season’s 5-11 disappointment. He stuffs the run and can generate an interior pass rush.

Adding Gipson and Dareus to the cuts would give the Jaguars roughly $50 million in cap space. They could sign Foles and make a big move, like trading for an elite receiver (Odell Beckham Jr.), making a second free-agent splash or trying to reach a contract extension with defensive end Yannick Ngakoue and/or cornerback Jalen Ramsey.

There are other moves the Jaguars could make. Trading linebacker Telvin Smith would free up $9.75 million. The team could bring cornerback A.J. Bouye’s 2019 cap number of $15.4 million down in a restructure that would benefit him by giving him greater roster security through the 2021 season.

There are plenty of options for Coughlin and Caldwell to utilize in building their plan. If they want Foles, there’s nothing stopping them that would require a tough cut. The defense will remain immensely talented.

The trimming will only start to sting the defense if a truly bold offseason plan is about to be enacted at TIAA Bank Field.