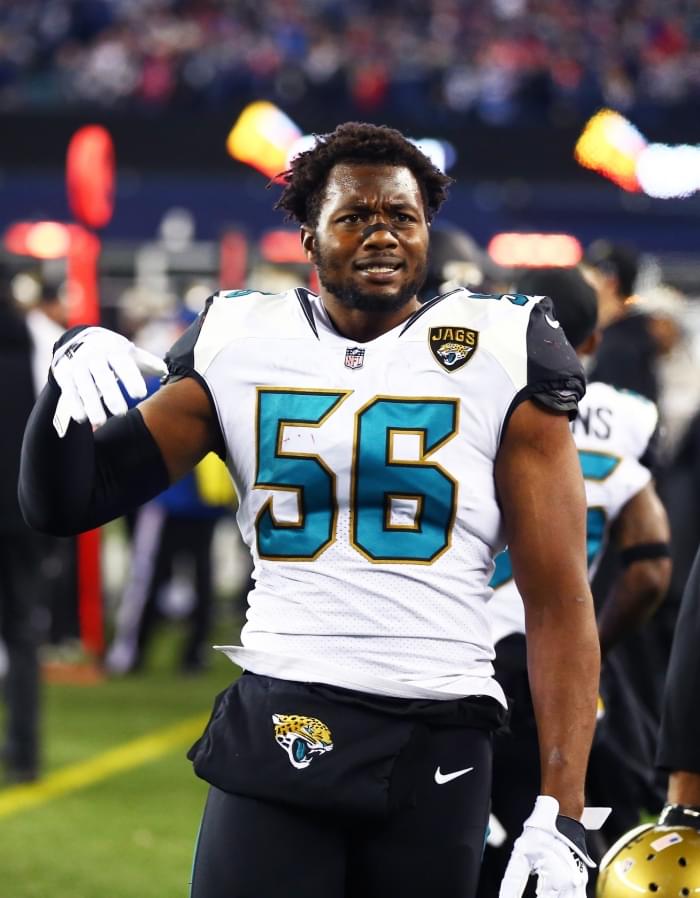 He relies on his supreme athleticism combo of strength, speed and agility to beat offensive tackles.

Fowler had 10 sacks last season (counting the playoffs) and is headed into his fourth season.

While he hasn’t become a star, the former third-overall pick has been productive. His effort is consistently high and he’s matured on the field. Fowler also still has an upside to his game because he remains so technically raw as a pass rusher.

That’s why a red flag went up in my mind when I saw him during the mandatory minicamp on June 13. Fowler missed the offseason program recovering from an upper-body injury. The Jaguars haven’t disclosed the injury (they don’t have to yet), but it’s obvious Fowler has lost sizable muscle mass in his upper body.

When asked about whether Fowler would be ready for the start of training camp on July 26, Jaguars coach Doug Marrone was brief.

“We will just see,” Marrone said.

Fowler’s health status becomes one of the biggest questions entering camp. He is still 23 and could certainly gain back substantial muscle in six weeks depending on when he’s fully cleared to resume his normal weight-training routine.

Fowler also has to avoid pushing himself too hard and getting hurt again. The Jaguars chose not to pick up Fowler’s fifth-year option, so he is in the final year of his contract.

Being fully ready for the start of training camp is a big deal for Fowler. He needs practice reps. If he’s forced to miss the first two weeks of training camp as he builds his strength back, that becomes an issue.

Yes, third-year veteran Yannick Ngakoue has superstar potential and starts ahead of Fowler. I think Ngakoue will be in the mix for Defensive Player of the Year honors. Still, the Jaguars need two capable edge rushers opposite end Calais Campbell.

The Jaguars defense was fantastic last season and even more is expected this fall. That goal becomes harder to achieve if Fowler isn’t able to be 100-percent physically and mentally ready for the season opener at the New York Giants on Sept. 9.

Fowler is more than a quality insurance policy for Ngakoue. He is still an emerging playmaker with another level of production on the horizon. But, he needs a full camp to work on his technique to hit that level.