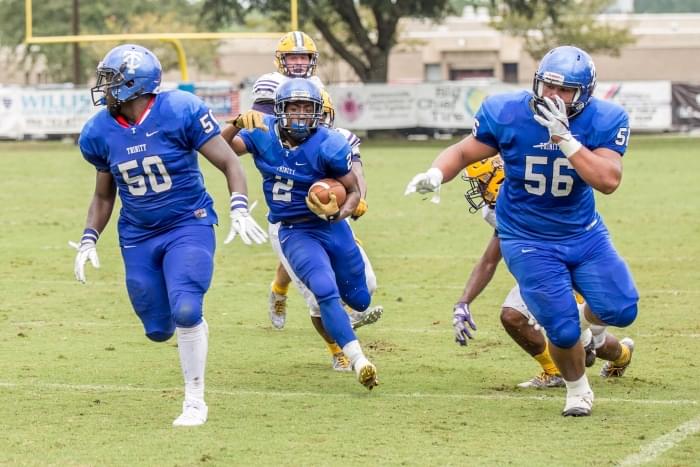 Entering his 28th season on the job, it is still fun for Trinity Christian head football coach Verlon Dorminey. 1010XL.com caught up with Dorminey to look ahead to the 2018 season and take a brief look back at the season that was in 2017.

“Oh yeah, as far as coaching and getting kids ready to play and everything that goes with it, I really enjoy that,” Dorminey said. “I enjoy the guys that I coach with and I really do enjoy coaching.

“We started early morning workouts earlier this week and we will be going through all of our running, lifting and such that we do all summer long. The kids are excited; they are ready to go now that spring is over and behind us and now it is time to put everything together and get ready for the regular season.”

But last year was a change for Trinity Christian, after four straight 3A state titles, Trinity moved up classifications to 5A and fell short in the 5A state playoffs. What did they learn in their first year in 5A?

“I think the biggest things you have to look at is depth and how you work your schedule,” Dorminey said. “Scheduling is huge now because of this new playoff system. So, I think being in 5A has helped us in scheduling because now I’m not looking for 10 games, I’m looking for five games.

“Plus, the five games in our district in 5A are close to home so we don’t have to jump on a bus for five hours, so that is huge for us.”

Once again the ‘District of Death,’ will be in play in 2018, featuring Trinity Christian, Bolles, Ponte Vedra and Bishop Kenny among others.

Trinity won this district a year ago and they are looking forward to the challenge once again.

“It will be a lot of fun,” Dorminey said. “We got to play all those guys at home last year, so now we are going to play all of them on the road and looking forward to those opportunities.”

One again, Trinity lost a lot of kids to graduation, many of which are now preparing for their first-year of college football.

The question is how is Trinity able to reload with talent after losing so many seniors year-in and year-out?

“The fortunate thing for us is we have been able to build layers over the years with our younger kids coming in out of our middle school and JV programs,” Dorminey said. “The kids are excited and ready to go.”

Dorminey has been coaching in the Northeast Florida area for nearly three decades and says the talent coming into 2018 should be as good as ever.

“I think the football in Jacksonville is really good,” he said. “There is some great talent here. An example of that is we played Lee in the spring game and we thought they lost a lot and they might drop off a little bit, but man they were good.

“I think football around here is really good and there are teams that we play in this area that just have some great talent.”

Trinity will have its preseason kickoff in Daytona against Booker T. Washington from Miami on August 18th. The regular season for Trinity will begin a week later when they host a 7A power in Braden River.